What kind of food connoisseur would I be if I didn’t take a #basic picture of a Loopy Doopy champagne cocktail overlooking the NYC skyline? Thankfully our friend insisted that we make a stop there during our Manhattan food adventure or I would have never had the chance to spend $30 on a beverage. Even though they were very expensive, they tasted just as good as they looked and the place had great vibes. The city was so humid that we were melting just as fast as the popsicle that occupied our wine glasses. We could have sat there all day with the breeze on the roof, ordering drink after drink, but we had sights to see and snacks to eat (and we would have gone broke).

Our next stop was the newly opened 9/11 Memorial museum, which has nothing to do with food but might be one of the best museums I’ve ever been to; being up there with Anne Frank’s house in Amsterdam. When you are standing in the exact location of such a horrific tragedy, it really hits home and makes you feel so many emotions. They did an excellent job on that memorial and I recommend it for sure.

We then made our way to the village to cheer ourselves up with CATS and Asian food. Cat cafes are big in Asian cultures and they’ve slowly been making their way to the states. It’s a fabulous idea but I would assume that the owners are mostly doing it for their love of cats and not to turn over big profits. They create a indoor jungle, if you will, for cats to roam around until they find their forever homes. People can pay a small fee to play with the cats. This one called the Meow Parlour was only $5. I bought three fortune cookies filled with cat nip for my babies for $10, as well. It was so much fun to play with the cats and to see just how happy they were with all of the space and height. The place inspired me to create a future house just as cat friendly. Sorry not sorry Nat.
Our next food stop was Mission Chinese- a trendy Chinese fusion joint. Our friend, who had studied the menu for a week beforehand, ordered for the four of us. She chose smoked chicken and papaya salad, spicy peanut noodles, egg rolls, thrice cooked bacon, and kung pao pastrami. We each ordered a cocktail- two beers and two sweet mixtures with adorable key limes on top. I was impressed that there was a Japanese IPA. All of the dishes were so unique that we couldn’t even pinpoint the spices that were in them. The whole time we were just in awe. The menu warned us that the thriced cooked bacon was going to be “numbing”. Joking with one another that this probably meant spicy, we ordered it with no hesitation. …..And the joke was on us. It was the most bizarre sensation I have ever felt. My tongue was on sensory overload. It may have been the combination of those szechuan peppers and my cocktail, but I kinda felt like I was on drugs. It was so weird. Overall, I would highly recommend this experience.

Because we hadn’t eaten enough yet, we made our way to this little hole in the wall- Vanessa’s Dumpling House. This place, by far, had the cheapest menu I’ve ever seen in my life. It was a trip back to 1955. Four fried dumplings were $1.50 and six or eight boiled dumplings were about $5. Three large steamed buns were also $1.50. We should cater our wedding from here! Besides sweating into our dumplings, because we chose like the worst possible day to walk around the city, the only disappointment with the restaurant was that I couldn’t get many pretty pictures. The food was more of a to-go experience, but what did I expect? Everything was fast, fresh, and delicious and I will most definitely return.

Next, we headed to Morgenstern’s Finest Ice Cream for some wildly anticipated unique desserts. We had heard about this special that offers avocado ice cream on some type of toast. Unfortunately, they do not serve that at night. We waited on a line that was wrapped around the door onto the sidewalk. This place is so popular. We witnessed an Asian girl filming her entire experience. Her ice cream almost fell on the ground because she was more concerned with her camera. When it was our turn to order, we stood and watched the process of combining all of the ingredients to create these unusual concoctions. I ordered a waffle cone with a scoop of green tea pistachio and a scoop of lemon espresso. The pistachios were mixed into the green tea right there to form that flavor. Nat got chocolate malt and sweet potato mellow. The sweet potato ice cream had marshmallow squeezed into it when it was being scooped. Our friends got more standard flavors like salted caramel and vanilla. The employees were very slow moving and Karley noted that, “A more clever name for the establishment would’ve been ‘cold stoned’ considering how absolutely blitzed the employees were” but the ice cream was totally worth it.

After that we went across the street to this Chinese buffet. Just kidding. We rolled home.

We cannot wait to go back to the city for another food adventure! 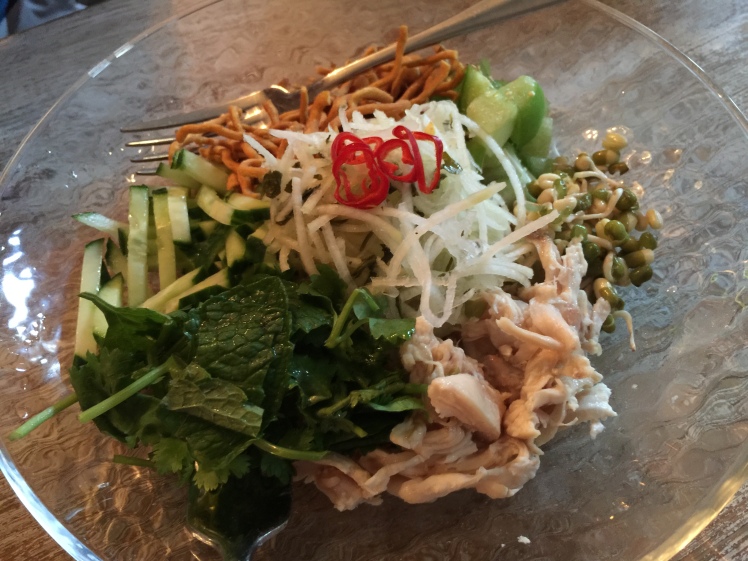 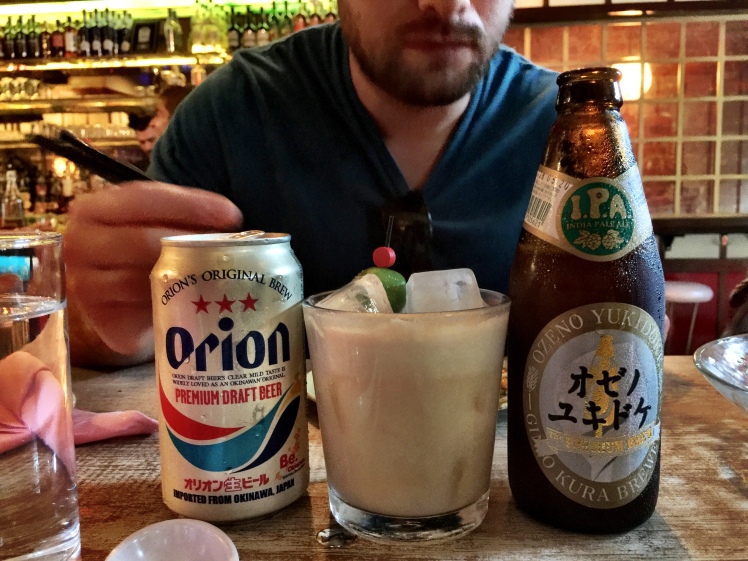 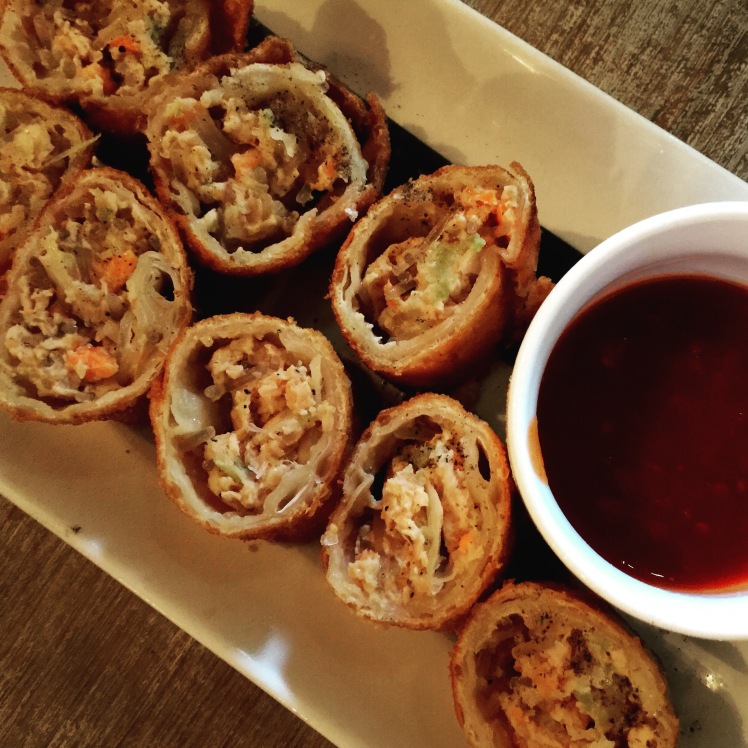 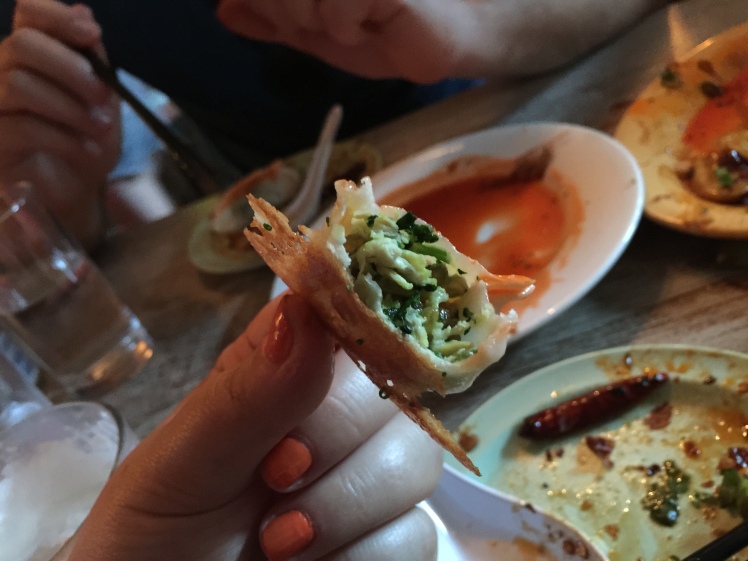 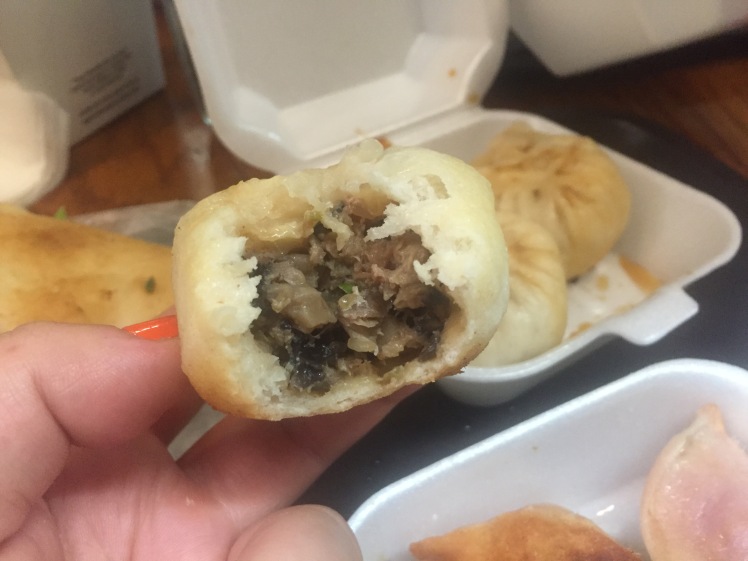 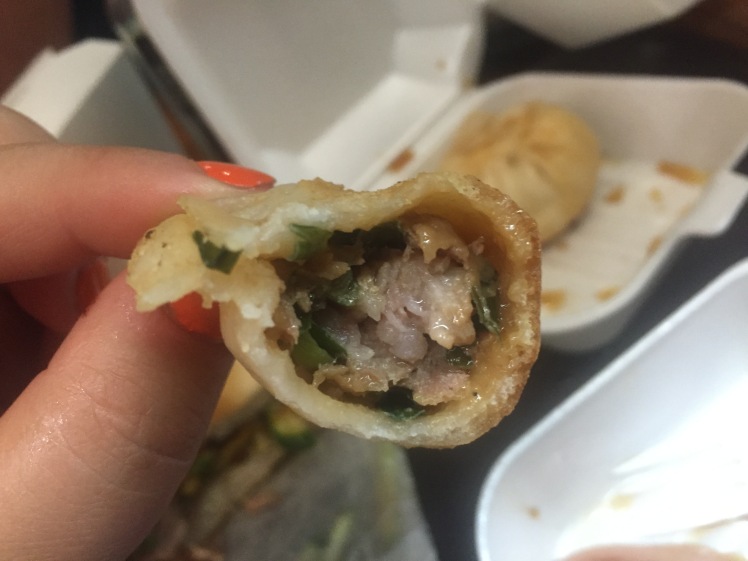