Koi has been on our list for a long time. I’m such a sucker for food trends so it is without a doubt that they had me at…..sushi burritos. The issue was, however, going back to the dark side to indulge in such a novelty. The dark side being Ocean County, New Jersey, where I spent a good half of my life. Now Koi is like right over the border so it’s not like being forced to find exciting food in like Tuckerton. Now a food adventure there would be the definition of misery if I ever knew it.

The outside of the restaurant advertised sushi burritos and poke bowls with large banners. If I didn’t already spend months watching marketing ads on YouTube and scoping out the place myself, these posters would have been enough to make me pull the car over if we randomly drove by, even if we had just eaten dinner.

I WAS PUMPED. (Sorry I’m a little eager to post this, it’s been a while. My apologizes to all of our GG fans who have been anxiously awaiting a newfound local hidden gem. Life is just chaotic right now.)

Wouldn’t it be funny if I told you I didn’t get a sushi burrito? I did, don’t worry. We also got pork fried dumplings, a sweetheart roll, and a sweet potato roll. (Nat did the rest of the ordering if you were wondering.) And I sat patiently waiting for my masterpiece while admiring what these Asians had done with the what used to be Denny’s. I would even think that this Asian Fusion place attracts even more stoners than before.

Like expected, my tuna sushi burrito was everything I needed. It even came with a few Pringles and pickles! It was so cute.

Now usually a sushi place can be judged based on the freshness of the fish and the texture of the rice, but when creativity is thrown into the mix, as well, then you better believe we’re coming back for more. 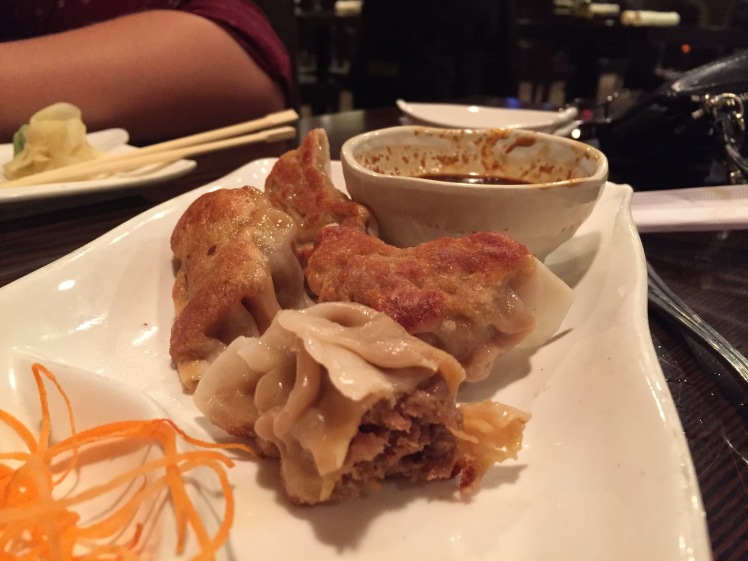 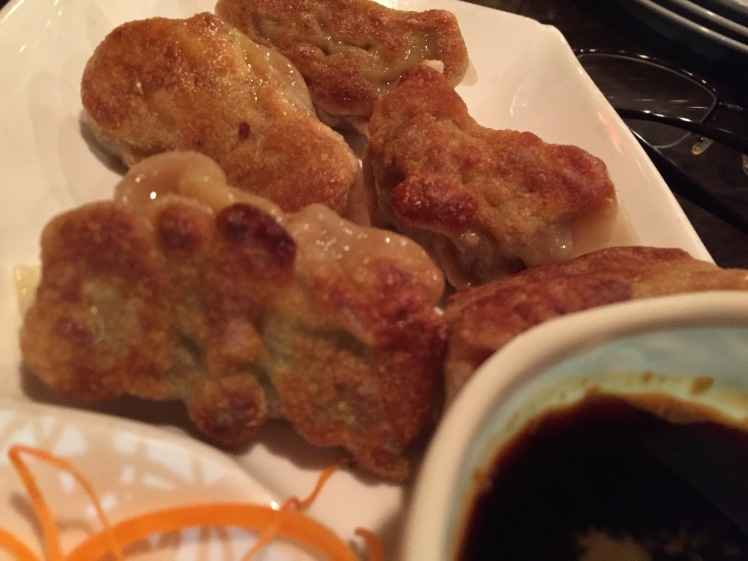 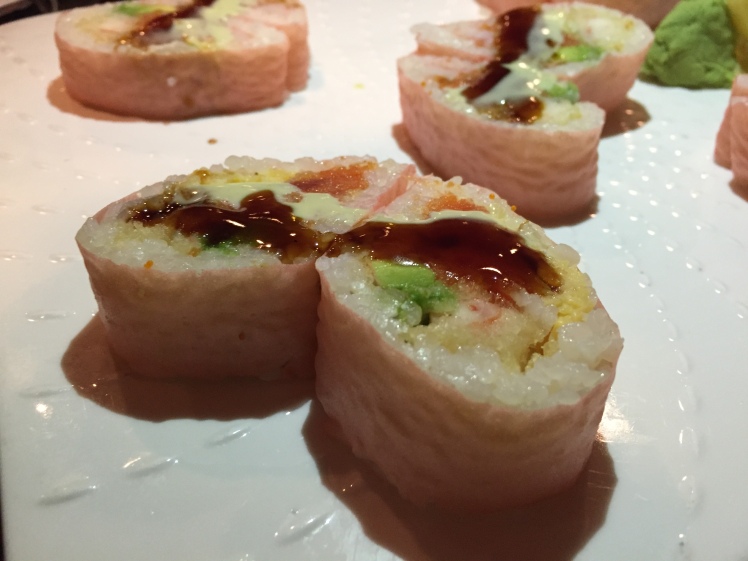 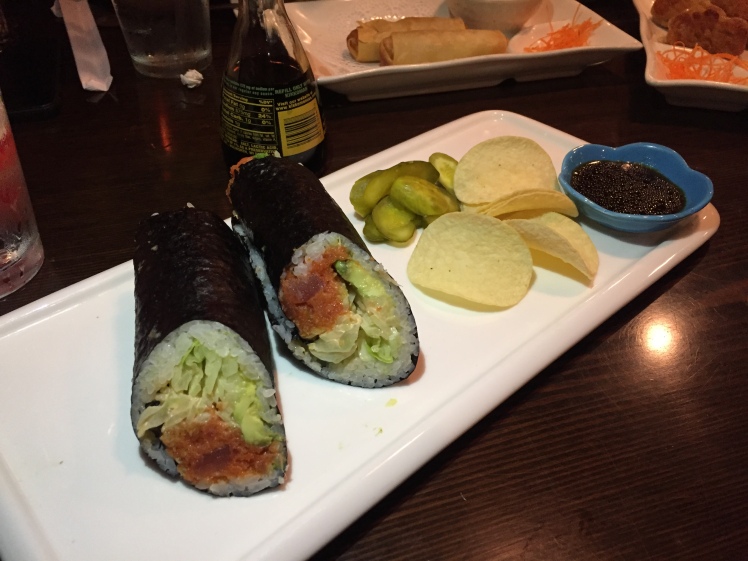 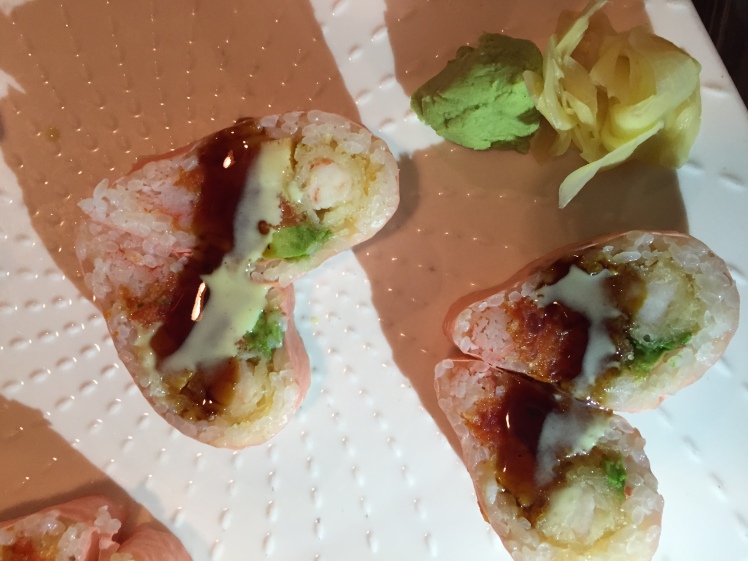 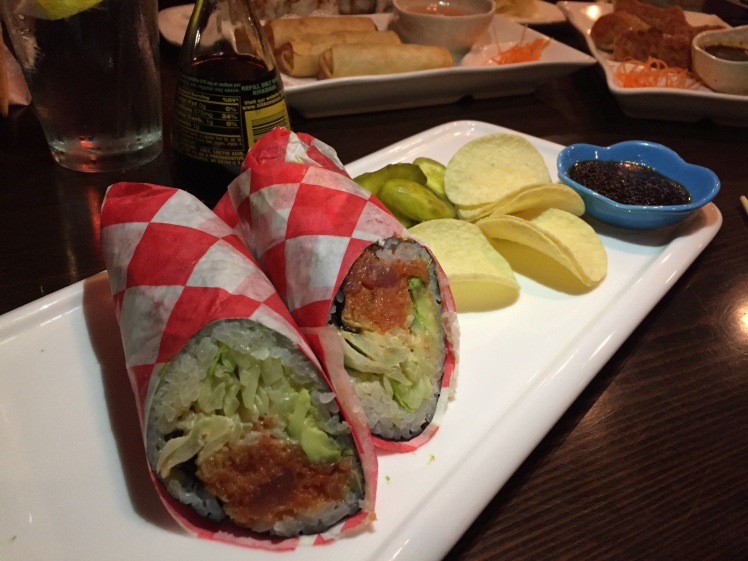 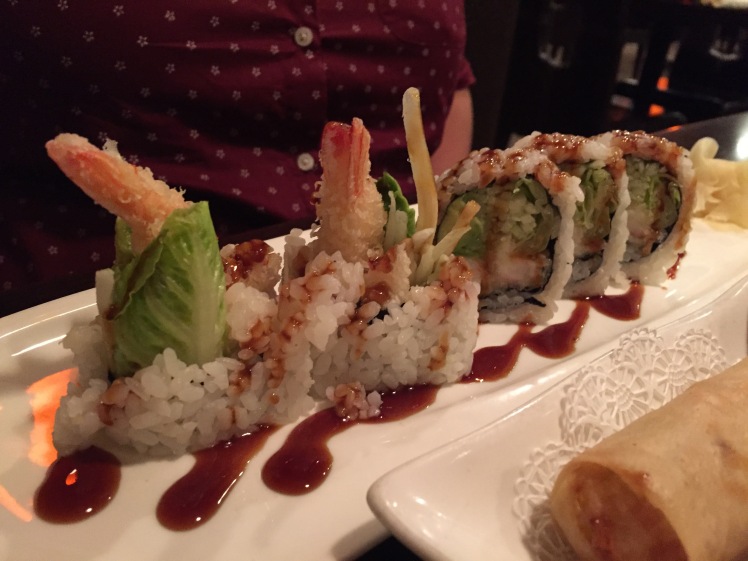 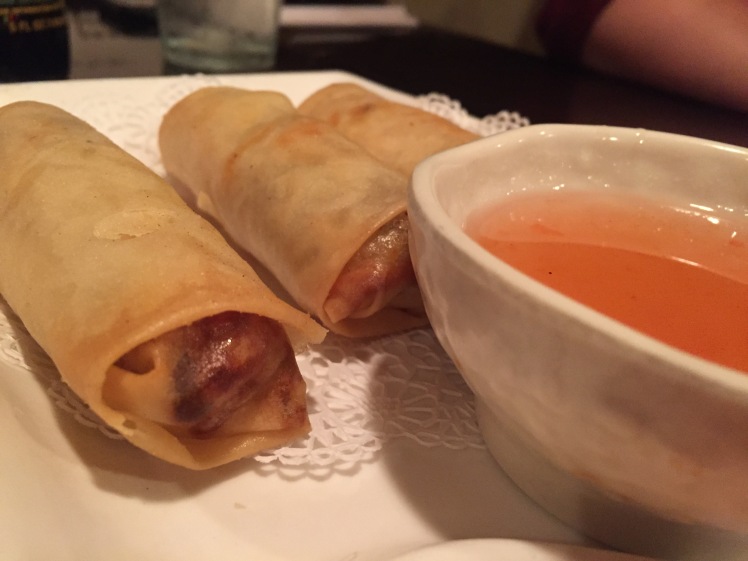